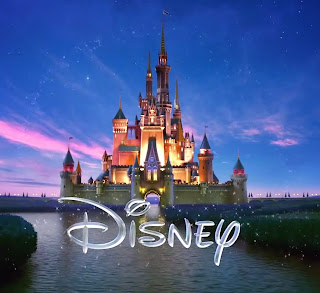 I been reviewing movies on this blog for quiet awhile. I got this idea from Allonsythoraxx when she wrote a post where she recommend her Favorite movies .
I thought to talk more about movies so I decided to do something similar and create my own lists of favorite movies. To being with my first list will be my all time favorite Disney movies.
10. Bolt
Another underated movie that is so cute. I like the hamster Rhino, he so full of energy.
9. Lion King 1 1/2
No one ever talks about this movie. I like how its poke fun at the Loin King. Let say that The Lion King remake try to do the same thing but has gone horribly wrong.
8. Robin Hood

Try and remake this in to a live action. Hah! Disney is going to twist themselves in a knot trying to make it work. Anyways I always like how the backgrounds in the old Disney films how their done in watercolor. The music is great and the chase scene at the fair is hilarious.
7. Sleeping Beauty

This is one of the darker Disney's princess movies. The dragon in the movie is cool and I like the personalities that given to the fairly. Especially when two fairy fight over what color the dress should be. Blue! Pink!
6. Winnie The Pooh

This is the only Pixar movie that my favorite. Its fun and adventurist. There lots of dogs. Talking dogs. What not to love.
4. Empire's New Groove

I just love the over the top humor. The fourth wall is not broken but, torn down. The absurdity of this movie is so much fun.
3. The Little Mermaid

Ariel is my favorite Disney's princess of all time. As a kid I always wanted to be a mermaid.
2. Lilo and Stitch

I grow up with this movie. As someone who used to live in Hawaii I love the Hawaiian aspect of it. I like any movie with surfing in it. I heard that Disney is going to do a live action remake with this movie. That the stew that breaks the camel back.
1. 101 Dalmatians

This is the one movie that spark my love for dogs. It the movie I watch the most. As a kid I wanted a Dalmatian. Instead I have a stuff animal Dalmatian name Pungo which I still have to this day.
Well these are my favorite animated Disney movies. This is the most straight forward list of animated movie I can list from one movie company.  I did a TTT of my favorite animated movies that are a mix bag of some-what known and lesser known animations. Here on out my movie recommendation will most likely be live action movies.
Posted by Anna BookCritter

Pride and Prejudice
by Jane Austen

Over the Woodward Wall
by A. Deborah Baker